The oldest document that we know of mentioning Can Rosich is the sale of a piece of land by the heir of Can Rosich, Mateu Capderer, to Gueraua, owner of Can Gelat, and dates back to the 22nd October 1520. We also know that in 1554 the owner of Can Rosich was Jaume Rosich, a shipwright. Later, in the XVII century we find reference to Bernat Rosich. Bernat marries Maria Jordà of Santa Susanna but his ties to Can Rosich are not confirmed.

The XVIII century is filled by Miquel Rosich, from whom we have two documents: one made of paper and one made of stone. The first one is the granting of full powers to his nephew Josep Creus on 9 April 1777. The stone document is the inscription engraved on the frontispiece of the main entrance of Can Rosich where we are reminded that the house was rebuilt in 1777 by Miquel Rosich.

The restoration was magnificent with a square stone portal in the front façade. In the same line, the interior of the house was nicely taken care of (ceilings, stone sinks in the kitchen and dining room, etc…). Iniatially, the house probably had a more or less square plan since the rear quarter seems to have been built at a different time and employing worse materials. The restoration of Miquel Rosich was left unfinished in the left wing of the house. At the time he probably ran out of money since portals were left prepared in the walls for continuing later on.

At the beginning of the XIX century we find a Margarida Rosich. The last documented Rosich – we do not know if he was the owner of the property – is Joan Rosich i Raurell, who appears in the census of 1875 and of 1885. The last but two owner of Can Rosich was Joaquim Horta i Boadella. He did not seem to be successful in his businesses since Can Rosich was facing several debts.

Can Rosich was bought in 1960 by Franz Peters, who together with his wife Montserrat Boter i Fors, started a new restoration. They built the rear end stalls (1961), finished the house’s left wing (1965), mended the roof and opened it in the rear to make terraces (1969), and digged a well for the supply of water (1962).

Mr. Peters died in 1971. Montserrat remarried to Mateu Valls i Macià of Arenys de Munt, and they continued the improvements finishing the interior of the house and installing central heating. As they took up farming, they made watering installations and a pond to have water in summer, and leveled the fields in front of the house for vegetable cultivation (1974-75). In 1981 they built the first henhouse, which was followed by a stall for raising rabbits (1991) and a second henhouse (1992). In 1996-97 they made a new set of improvements and embellishments to fit the house for Rural Tourism.

Much of this historical information, especially the older one, has been extracted and modified from the book ‘Història de la Vila de Santa Susanna’ by Josep M. Massons. 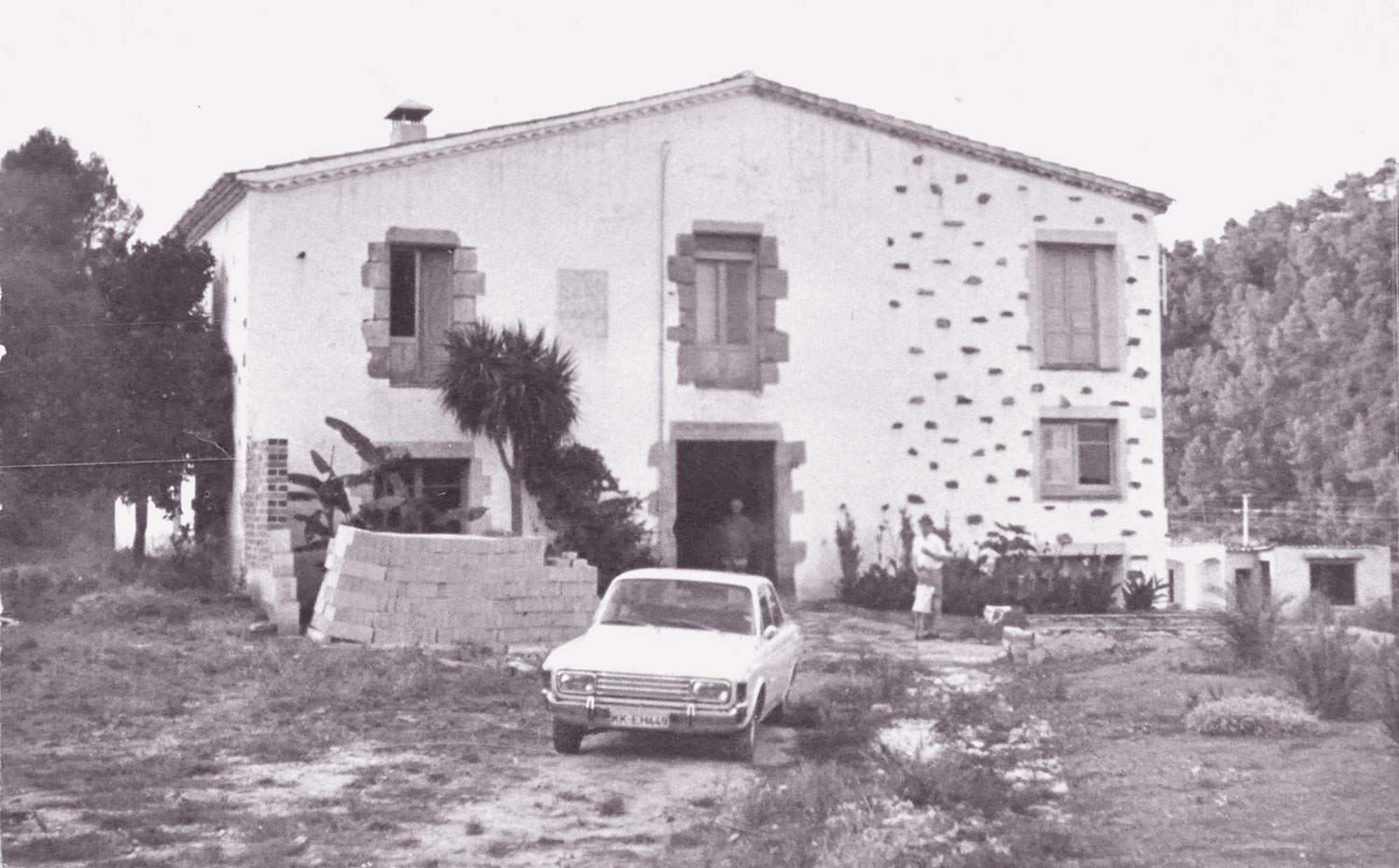